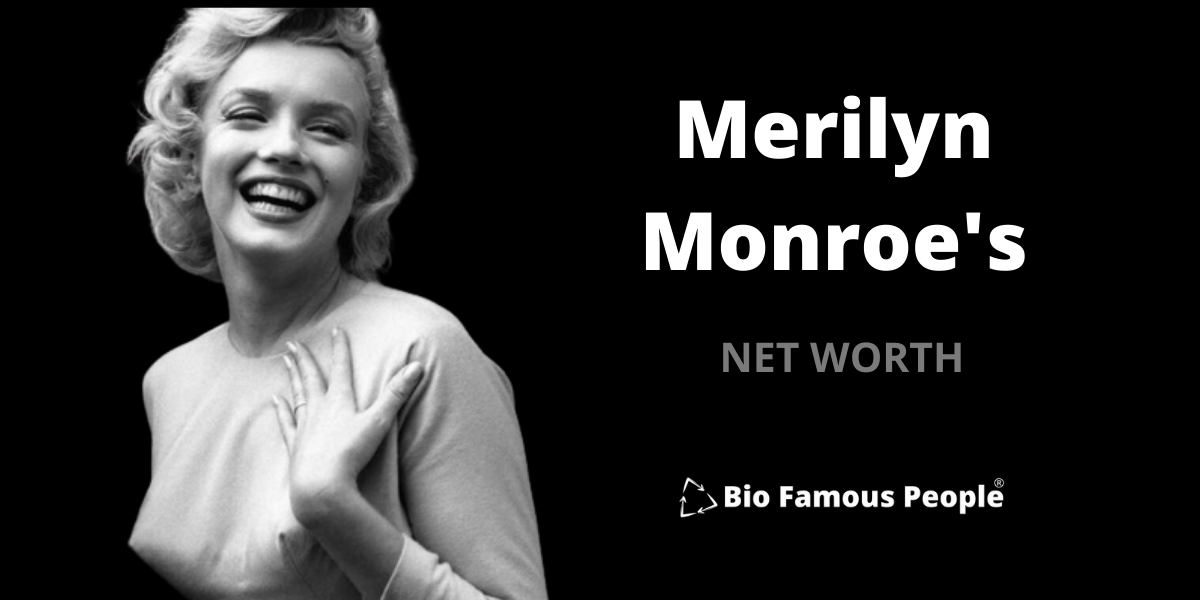 What is Merilyn Monroe’s Net Worth?

Marilyn Monroe (1926-1962) Model, actress, singer and arguably one of the most famous and one of the world’s biggest and most enduring s*x symbols of the twentieth century. Monroe has become an iconic representative of fame and female beauty. She is widely regarded as one of the most influential figures in American culture.

Norma Jean Baker, better known as Marilyn Monroe, experienced a disrupted, loveless childhood that included two years at an orphanage. When Norma Jean, born on June 1, 1926, in Los Angeles, California, was seven years old, her mother, Gladys (Monroe) Baker Mortenson, was hospitalized after being diagnosed as a paranoid schizophrenic, a severe mental condition. Norma was left in a series of foster homes and the Los Angeles Orphans’ Home Society. The constant move from one foster home to another resulted in Norma’s “sketchy” educational background.

After Norma’s sixteenth birthday, her foster parents had to move from California. To avoid an orphanage or a new foster home, Norma chose to get married. On June 19, 1942, Norma married James Dougherty, but the marriage would all but end when he joined the U.S. Merchant Marines in 1943. Though her difficult childhood and early failed marriage would make Norma Jean a strong and resilient woman, these experiences would also add to her insecurities and flaws—things that would ultimately shape her into a great tragic figure of the twentieth century.

During World War II (1939-45; a war fought between the Axis powers: Japan, Italy, and Germany—and the Allies: England, France, the Soviet Union, and the United States), Norma Jean worked at the Radio Plane Company in Van Nuys, California, but she was soon discovered by photographers. She enrolled in a three-month modeling course, and in 1946, aware of her considerable charm and the potential it had for a career in films, Norma obtained a divorce from Dougherty.

She then headed for Hollywood, where Ben Lyon, head of casting at Twentieth Century Fox, arranged a screen test. On August 26, 1946, she signed a one hundred twenty-five dollar a week, one-year contract with the studio. Ben Lyon was the one who suggested a new name for the young actress—Marilyn Monroe.

During Monroe’s first year at Fox, she did not appear in any films, and her contract was not renewed. In the spring of 1948 Columbia Pictures hired her for a small part in Ladies of the Chorus. In 1950 John Huston (1906–1987) cast her in Asphalt Jungle, a tiny part which landed her a role in All About Eve. She was now given a seven-year contract with Twentieth Century Fox and appeared in The Fireball, Let’s Make It Legal, Love Nest, and As Young as You Feel.

In 1952, after an extensive publicity campaign, Monroe appeared in Don’t Bother to Knock, Full House, Clash by Night, We’re Not Married, Niagara, and Monkey Business. The magazine Photoplay termed her the “most promising actress,” and she was earning top dollars for Twentieth Century Fox.

On January 14, 1954, Monroe married Yankee baseball player Joe Di Maggio (1919–1999). But the pressures created by her billing as a screen s*x symbol caused the marriage to fall apart, and the couple divorced on October 27, 1954.

Continually cast as the “dumb blond,” Monroe made The Seven Year Itch in 1954. Growing weary of the stereotyping (broad generalizations based on appearance), she broke her contract with Fox and moved to New York City. There she studied at the Actors Studio with Lee and Paula Strasberg. Gloria Steinem (1934–) recalls a conversation with Monroe during that time in which Monroe referred to her own opinion of her abilities compared to a group of notables at the Actors Studio. “I admire all these people so much. I’m just not good enough.”

In 1955 Monroe formed her own studio, Marilyn Monroe Productions, and renegotiated a contract with Twentieth Century Fox. She appeared in Bus Stop in 1956 and married playwright Arthur Miller (1915–) on July 1, 1956. Critics described Monroe in the film The Prince and the Showgirl, produced by her own company, as “a sparkling light comedienne.” Monroe won the Italian David di Donatello award for “best foreign actress of 1958,” and in 1959 she appeared in Some Like It Hot. In 1961 she starred in The Misfits, for which her husband Miller wrote the screenplay. 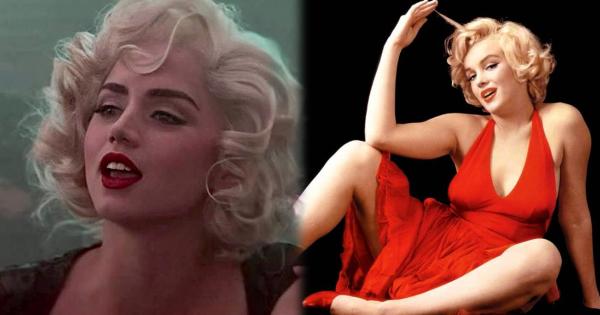 The couple was divorced on January 24, 1961, and later that year Monroe entered a New York psychiatric clinic. After her brief hospitalization there she returned to the Fox studio to work on a film, but her erratic (unsteady and irregular) behavior betrayed severe emotional disturbance, and the studio fired her in June 1962.

Marilyn Monroe was found dead in her Los Angeles bungalow on August 5, 1962, an empty bottle of sleeping pills by her side. The exact events surrounding her death are not totally known and have been the subject of many rumors and books over the years. Monroe’s image is one of the most lasting and widely seen of any star in the twentieth century—and today. As a subject of biographies, more than twenty books have been written about her short and tragic life.

Although Monroe cultivated an image of the ‘dumb blonde’ – in fact, her image and persona was something she took care to cultivate and develop – through the media and the strength of her acting. Although many were dismissive at the time, she took on the powerful Hollywood studio system and, against expectations, developed her acting career with her own intentions.

However, behind her confident public persona, she struggled with relationships and resorted to a heavy drug use, which had a damaging impact on both her mental and physical health. In one sense, Monroe lived the American dream – rising from anonymity to become a famous actress, but it was a dream tinged with sadness for fame did not bring peace of mind or happiness.

“Imperfection is beauty, madness is genius and it’s better to be absolutely ridiculous than absolutely boring.”

“Give a girl the right pair of shoes and she’ll conquer the world.”

“I am not interested in money. I just want to be wonderful.”

“I am good, but not an angel. I do sin, but I am not the devil. I am just a small girl in a big world trying to find someone to love.”

“Fear is stupid. So are regrets.”

“The real lover is the man who can thrill you by kissing your forehead or smiling into your eyes or just staring into space.”

“I don’t know who invented high heels, but all women owe him a lot.”

“Hollywood is a place where they’ll pay you a thousand dollars for a kiss and fifty cents for your soul.”

“When you’re famous you kind of run into human nature in a raw kind of way. It stirs up envy, fame does. People you run into feel that, well, who does she think she is, Marilyn Monroe? They feel fame gives them some kind of privilege to walk up to you and say anything to you, of any kind of nature — and it won’t hurt your feelings — like it’s happening to your clothes not you.”

“Being a s*x symbol is a heavy load to carry, especially when one is tired, hurt and bewildered.”

“I’m selfish, impatient and a little insecure. I make mistakes, I am out of control, and at times hard to handle, but if you can’t handle me at my worst then you sure as hell don’t deserve me at my best.”