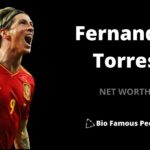 Fernando Torres is a Spanish professional football player who plays as a striker for the Japanese club Sagan Tosu and for the Spain national team. Torres has been capped over 100 times and is Spain’s third-highest goalscorer of all time. He has been described as having “an eye for the spectacular” and is regarded as […]