Adriana Francesca Lima is a Brazilian model and actress who is famous as the ‘Victoria’s Secret Angel’. Her understanding of professionalism and incredible physical appeal has earned her the right to be counted among the best in her profession. Lima’s modeling career began at a young age in elementary school, which proved to be a stepping stone in her modeling career.

How much is Adriana Lima’s Net Worth?

She was also the spokesmodel for Maybelline cosmetics from 2003 to 2009 and appeared in the company’s first calendar. She also did an ad-campaign for Swatch, which gave her additional recognition. Lima has appeared in several international editions of Vogue and Marie Claire.

As a runway model, she has done the catwalks for designers like Giorgio Armani, Vera Wang and Valentino. Lima became a GUESS? girl in 2000 and appeared in their fall ad campaign the very same year. In 2012, Lima earned the fourth position on the Forbes top- earning models list, estimated to earn $7.3 million in one year.

Adriana Lima was born on June 12, 1981, at Salvador, Bahia, Brazil, to Nelson Torres and Maria da Graca Lima. Her mother was a social worker and raised her all alone after her father abandoned them during her childhood. Her ethnicity is Native-Brazilian, African-Brazilian, Portuguese, Swiss, Japanese and Caribbean. Adriana has stated that she considers herself Afro-Brazilian first.

During her elementary school, she won many beauty pageants but did not consider pursuing a career in modeling. However, at 13, she entered Ford’s ‘Supermodel of Brazil’ modeling contest along with a friend who didn’t want to enter the contest alone – she finished at the first place!

In 1996, she entered Ford’s ‘Supermodel of World’ contest where she finished second. Three years later, she moved to New York City and signed with Elite Model Management. Thereafter, she appeared in many international editions of ‘Vogue’ and ‘Marie Claire’ and did catwalk for many famous designers such as Vera Wang, Giorgio Armani and Valentino.

In 2000, Adriana Lima became an official ‘Guess’ girl and did many ad campaigns for it. Three years later, she joined ‘Maybelline’ as a spokesmodel where she continued till 2009. In the same year, she appeared in company’s first calendar and also did an ad campaign for swatch.

Meanwhile, she worked for some notable fashion brands including, ‘bebe’, ‘Armani’, ‘Versace’, ‘BCBG’ and ‘Louis Vuitton’. She has also appeared on the covers of fashion magazines such as, ‘Harper’s Bazaar’, ‘Elle’, ‘GQ’, ‘Arena’, ‘Vogue’, ‘V’, ‘Esquire’, and ‘French revue des modes’.

In 2001, she bagged her first acting role in ‘The Follow’, a short-film in BMW series ‘The Hire’ where she played a damsel in distress, appearing alongside Clive Owen, Mickey Rorke and Forest Whitaker.

In 2005, she appeared in the Pirelli calendar and also became the face of Italy’s cell phone carrier, Telecom Italia Mobile. It earned her the nickname ‘Catherine Zeta Jones of Italy’.

In 2008, she got featured on the covers of ‘Esquire’. In the same year she was chosen to be the face of the Mexico’s Liverpool department store chain. She also appeared on the American television series, ‘Ugly Betty’ the same year.

In 2009, she walked for ‘Givenchy’ and later signed a contract with Doritos to appear in print campaigns. She was also one of the faces of Givenchy for Fall/Winter 2009 season.

In 2011, she signed a deal as a spokeswoman for Megacity by Votsu to appear in their commercials and also became the face of Brazilian luxury brand. During this time, she also worked with many eminent photographers such as Inez van Lamsweerde and Vinoodh Matidin, Vincent Peters, Mario Sorrenti, Mert Alas and Marcus Piggott, David Sims and Mario Testino.

In 2012, she signed a contract with a Turkish clothing company, Mavi Jeans, and did many advertisement campaigns which earned her much recognition. Due to her rising fame, the European and Russian branch of Mavi made her the global face of the brand.

She, for the second time, featured in the Pirelli calendar for the 2013 edition. She has set a record of sorts by being the first pregnant woman to be ever featured in the calendar.

Over the next few years, she modeled for some of the biggest brands, such as for Vogue Eyewear and Marc Jacobs’ fragrance ‘Decadence’, in 2015; Italian lingerie brand Calzedonia’s Swimwear collection, in 2016; and Italian ready-to-wear clothing brand, Sportsmax, in 2017.

Net Worth And Body Measurements

Adriana Lima’s net worth is $75 million at present and nothing more needs to be said about her success. She has been absolutely huge in her career and this has given her great earnings and a dream life.

They got married later on February 14, 2009. The marriage took place on St. Valentine’s Day. The marriage didn’t last long and as they announced their separation after five years on May 2, 2014. The divorce, however, was finalized in March 2016. The couple has two daughters from the marriage. She dated Joe Thomas from 2015.

She has also been in relationships with Justin Bieber in 2014, Denny in 2006 and Prince Wenzeslaus of Liechtenstein from 2003 to 2006. In September 2017, she is said to be dating boyfriend and Turkish author Metin Hara and was seen with him in NYC.

“Be sure what you want and be sure about yourself. Fashion is not just beauty, it’s about good attitude. You have to believe in yourself and be strong.”

“Fashion is about good energy. It’s about feelings. That’s what I have to give the people, good energy and good feelings.”

“Here in the big city people spend their time thinking about work and about money; they don’t give some value to friendships and it can be depressing.|

“I was so embarrassed about mispronouncing words. I just knew how to smile.”

“I missed out on everything. Sometimes on the street I see teenagers hanging out and going to the movies, going to concerts, and I get so jealous.”

“You don’t have to have an attitude if you’re famous.”

“It’s wrong for a guy to have no personality, no heart. Because I don’t care about style or money.”

“Lingerie is one of the most important pieces of your wardrobe. You can have a wardrobe malfunction if you don’t choose the right thing to wear underneath!”

“I love challenges, I love intensity, and I also like to challenge my mind. Believe it or not, boxing is not only about physical force. You use a lot of concentration; it’s really mental.”

“Self-confidence goes a long way and is very attractive to others.” 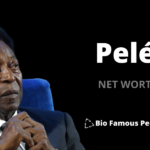